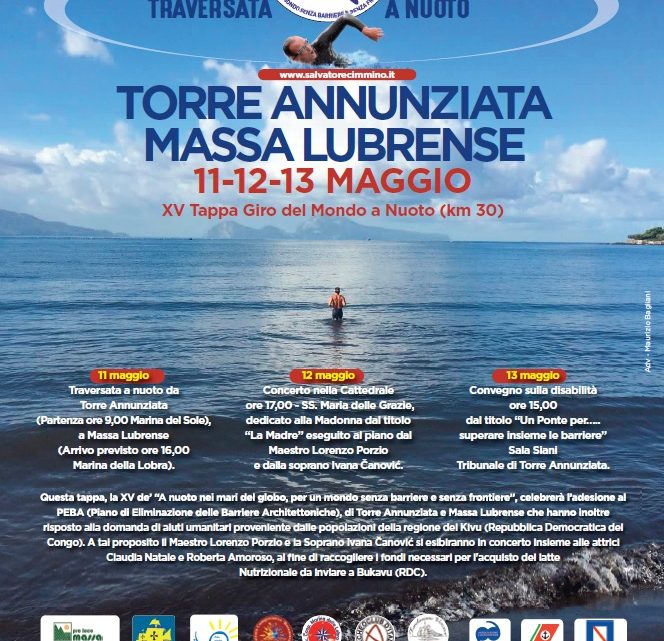 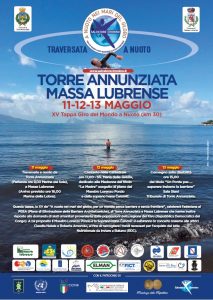 Swimming in the Seas of the Globe, fifteenth stage

Worldwide there are more than 1 billion people with disabilities in the world, representing 13.3% of the global population: this is the figure from which I start when I design an initiative.

In Italy it would be fundamental to constantly update the Tariff Nomenclator, the document that lists the technological aids and devices provided by the National Health Service to people with disabilities, following in a systematic way the technological evolutions of prostheses and aids so as to guarantee those with disabilities those obvious benefits derived from the progress of scientific research. And it would be equally important to work towards ensuring that in Italy inclusion and social cohesion represent the principles underlying political and corporate decision-making processes at all levels, applying the so-called “Design for All” approach: the human being is not standard: high or low, child or elderly, by bicycle or wheelchair: The “Design for All” is the social approach that proclaims the human right of all to inclusion and the design approach to achieve it.

The press conference intends to present the fifteenth stage of a project that is very dear to me, “Swimming in the seas of the globe, for a world without barriers and without borders”, which also aims to remove all types of barriers, launching policies suitable for the conduct of an independent life for people with disabilities.

In this regard I am very satisfied with the accession of the Municipalities of Torre Annunziata and Massa Lubrense to the PEBA, (Plan for the Elimination of Architectural Barriers). To celebrate this important milestone, next 11 May, I will symbolically unite Massa with Torre with a swim. This initiative has another important goal, that of being able to organize a network of aid for people with disabilities in the Kivu region (R.D. of the Congo). Many children live in this area ravaged by wars, for which it is necessary to collect nutritional milk.

To raise the necessary funds On May 12, Lorenzo Porzio and Ivana Čanović, respectively world-famous conductor and opera singer, along with actresses Claudia Natale and Roberta Amoroso will perform in concert in Massa Lubrense in the Cathedral of SS Maria delle Grazie.

Finally, on Monday 13 May, a conference will be held at the Court of Torre Annunziata, in the Sala Giancarlo Siani, entitled “A Bridge to Overcome Barriers Together.” People at the service of People “.

A special thanks goes to On. Lisa Noja and On. Umberto Buratti for his support and closeness to the Luca Coscioni Association, of which I am a member, which sponsors the event and has always supported me in the front row for affirming the rights of people with disabilities.

Speakers at the press conference: On. Lisa Noja and On. Umberto Buratti of the PD Group, Vincenzo Ascione, Mayor of Torre Annunziata, Antonio Mosca, Councilor for Urban Planning in Massa Lubrense, Filomena Gallo, Secretary of the Luca Coscioni Association, Vittorio Ceradini, Councilor of the Luca Coscioni Association, Salvatore Cimmino, creator of the Project “Swimming in the seas of the globe”.