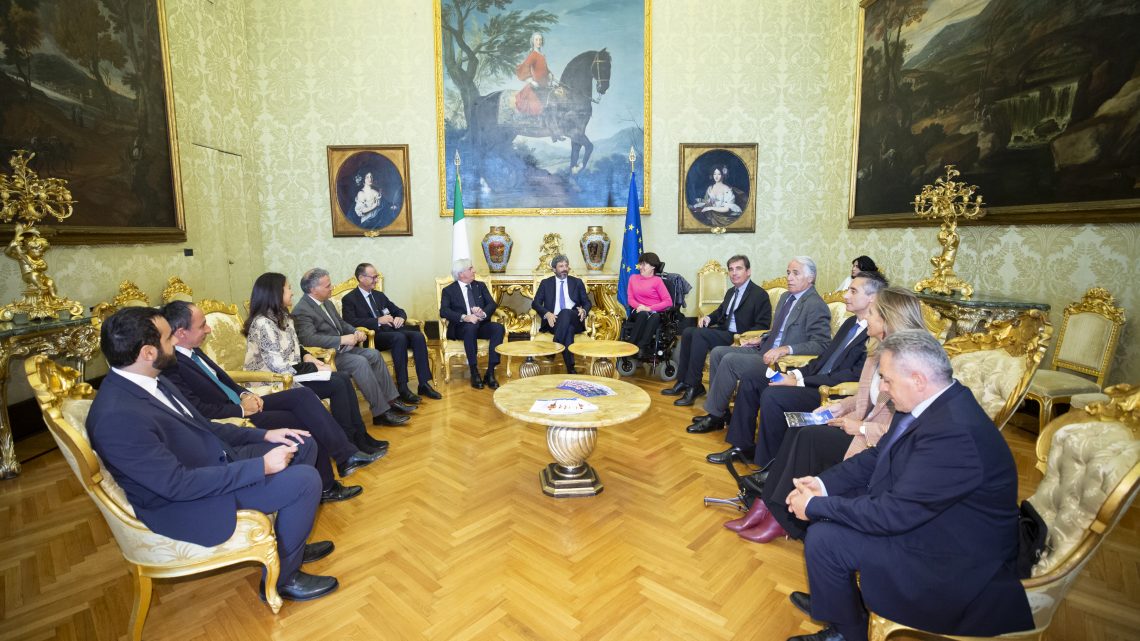 the secret of freedom is courage 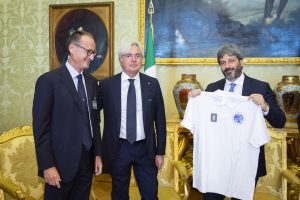 Since I was still a boy today, many things have changed, especially in terms of reception and social integration and for this reason, thinking about how much still needs to be done, we cannot ignore how much, instead, has already been achieved and reached up.

If I had to define the 16th stage of my personal swim around the world, which ended just a few days ago, which saw me starting from Massa Lubrense to arrive in Amalfi, stopping off in Positano and Praiano, I could only call it a wonderful fairy tale because I met extraordinary people who made it so and because it took place in places of amazing beauty and humanity. The main quality of the people I have been lucky enough to meet is simplicity, a virtue that embellishes everything you encounter, a virtue close to humility, nobility and maturity: only extraordinary people truly count on these qualities. I cannot fail to mention, one by one, these men and women in this fantastic story.

Vittorio Ceradini and Violetta Ciobanu, opened the doors of Massa Lubrense, hosting me in their charming house surrounded by such an intense nature that it reminds me, for beauty, of the Caracciolini mission in Goma, in the Democratic Republic of Congo. 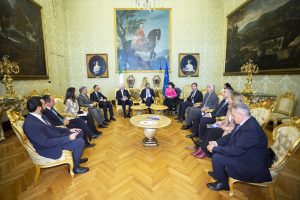 In Massa Lubrense in a few months a very important project was realized: it was in fact the first Municipality in Campania to equip itself with PEBA, Plans for the Elimination of Architectural Barriers, and soon also Positano, Praiano and Amalfi will put this civilization program into practice. And other communities on the Amalfi Coast want to follow the example. Vittorio Ceradini, of the Luca Coscioni Association, represented the valid and fundamental support, thanks to his technical skills and his tireless civil commitment, for the realization of projects in the coastal municipalities.

First of all, I thank the divers of the Carabinieri with real gratitude because their support in the crossings is an act of true brotherhood. I am full of admiration for their daily activity of protecting the safety of all Italian citizens and I must say with sincerity that their closeness to the project A swim in the seas of the world fills me with pride. 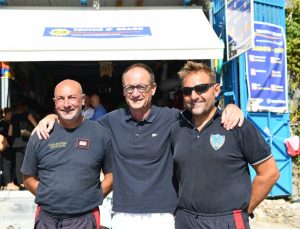 The beautiful Cocurullo family – Franco, Angela and Nando – has put the boats of their company, the Vervece Charter, at their complete disposal to assist me during training and especially during what will be remembered as the stage of hope. Of course, without their participation and acceptance I could not have made the sea crossings.

In this adventure I met Antonio Mosca, Councilor of the Municipality of Massa Lubrense who, with the support of his friend and Mayor Lorenzo Balducelli, made sure that the Peba was approved by the whole at the beginning of this year Town Council.

Baldo and Annamaria Mazzacano, fantastic parents, honor me with their friendship. It is also thanks to their tenacity that for Brunella, their incredible and beautiful daughter, disability will no longer represent a limit. And I thank Maria Della Mura and her husband Gabriele, tireless people, who with their precious contribution have allowed me to travel the entire coast far and wide.

Of course these battles of civilization do not lead to them alone, it would make no sense: the Luca Coscioni Association, of which I am proudly a part, has always carried on the battles of civilization for the defense of fundamental human rights, and the rights of people with disabilities are at center of their action. I cannot but thank them for having welcomed me and for the support they never fail to make to the initiatives I carry out. 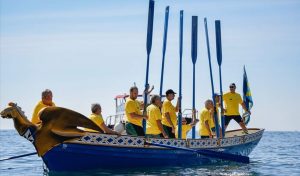 Naturally I thank The Circolo Canottieri Aniene and the fraternal friend Lorenzo Porzio, who has always generously and also patiently shared and supports the mission of my life: Swimming in the seas of the globe. 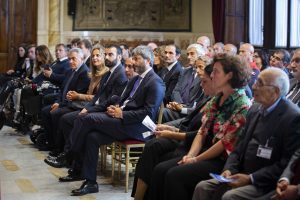 When I organize an initiative my first thought goes to young people, to girls and school children, because being able to reach their hearts and their consciences represents, I believe, the best investment for the future. For this I want to thank for the reception and organizational commitment, as well as for the sensitivity shown, the teaching staff and all the young people of the Polispecialistico San Paolo Institute, the Comprehensive Institute Pulcarelli – Pastena and the Comprehensive Institute Bozzaotra di Massa Lubrense, the Marine Higher Secondary Education Institute – Gioia di Amalfi, the Comprehensive Institute Lucantonio Porzio of Positano and Praiano and the Liceo dell’Arte e della Comunicazione Giorgio De Chirico of Torre Annunziata. Together they reminded us that love is colorful and exists in every shape and color. A special mention goes to the support teacher Lucia De Maio who wanted to fully share the spirit and motivations of the initiative supporting me with great generosity and affection. 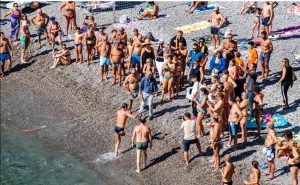 Thanks to the commitment and attention of the Hon. Umberto Buratti and Luisa Noja and their collaborators it was possible to bring the project A swim in the seas of the globe to the Chamber of Deputies. It was an important initiative, which saw authoritative interventions and great participation. The welcome given to us by President Roberto Fico was extraordinary because it was attentive and truly participatory. For this I thank him and I hope that in the very near future the same interest in disability issues will also be demonstrated by the new Minister of Health, the Hon. Roberto Speranza.

At the beginning of my story I was referring to a fairy tale: when I arrived on the beach of Marina Grande in Amalfi, after three days of exhausting strokes, in an instant my dreams materialized, I cried with joy. I feel that this great result will contribute to giving smiles, hope and confidence to many children and young people in the world.

All the best,
Salvatore