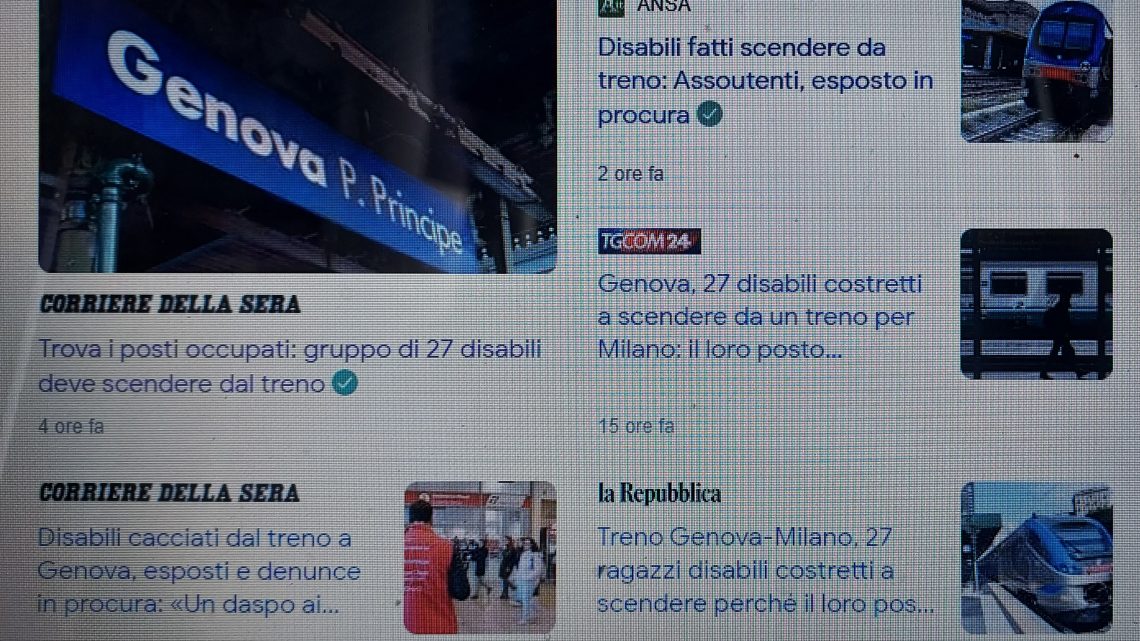 People with disabilities: stories of endless suffering and marginalization 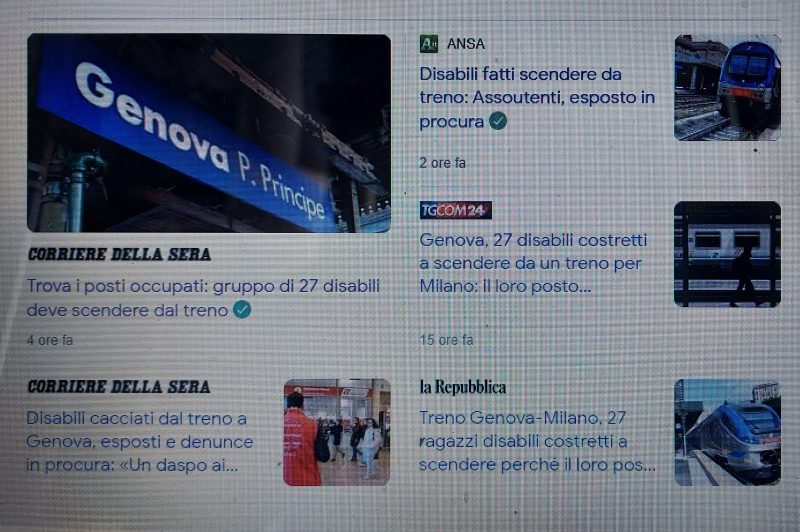 Italian National Press Federation President: disabled, if anything, are the journalists who wrote about the ominous episode of the Genoa Principe Station and the 27 sapiens who did not give way to the people holding the reservations.

Disabilities pose critical issues of inclusion and attitude, not only in terms of policies, economic support, dedicated services, the adequacy of living places, access to services.

Disabilities pose problems primarily from a social and psychological point of view as they confront us with issues that disturb our consciences, such as differences, suffering and marginalization.

For many people, relating to a person with disabilities, (as in the case of the 27 sapiens who forced 27 of their kind to get off the train despite having tickets and reservations), means feeling wavering in the depths of their own identity and recognizing, reflecting themselves in the other, our own weakness, the fact of being marginalized and the risk we continually run of being ourselves to confront and sometimes to clash with disabilities. Hence the long history of removing the reality of disabilities, from the Rupe Tarpea to the segregation of our days in separate structures.

Disability resides in society not in people, just as negative connotations reside in the mind and take shape in words.